Everyone experiences misfortunes that cause them to fall behind financially. No one has control over job loss, illness, or a reduction in a spouse’s income.

Not to mention, when life setbacks happen, other bills don’t stop coming in. Debt buries you when this happens. Unfortunately, the federal government lacks understanding and they will try to garnish your wages.

If you want to know how to dispute administrative wage garnishment, take a look at the information below. 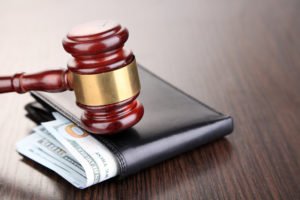 How to dispute wage garnishment

What Is Administrative Wage Garnishment?

Administrative wage garnishment comprises a process used by the federal government to collect on debts without the court system. If a government agency has not been repaid, they can commence a garnishment against the borrower.

The government sends a notice advising a debtor that it intends to start garnishment.  Thereafter, the debtor can request a hearing prior to that date to prevent the garnishment from starting and presenting evidence in his or her defense.

When the garnishment starts, a percentage of the borrower’s earnings are sent to the government before they receive his or her paycheck.

How Much of Your Wages Can Be Garnished?

Wage garnishments are approved under federal law and allow a government agency to order an employer withhold up to 15% of a debtor’s wages. However, the actual amount deducted may be reduced if financial hardship can be shown.

Garnished wages will start to deduct from a paycheck within 5 to 30 business days after notices are sent. The process continues until the debt is completely paid off.

Why Does Wage Garnishment Occur?

Be aware that administrative wage garnishment can take place without a court order. If you are someone who owes a federal agency such as the Small Business Administration (SBA) or has unpaid federal student loans,  you could receive a garnishment notice.

How to Dispute Wage Garnishment

Just because a federal agency has sent you notice it intends to garnish your wages, it doesn’t mean it has to happen. There are certain things that you can do to ensure your financial security. Here are a few suggestions:

1. Work Out a Plan With the Government Agency

Once you learn about the proposed garnishment against you, you can contact the agency to workout a repayment plan. They may be willing to put together a payment plan for you to repay the debt. This is the way to hold off on the garnishment and get yourself back in right standing with them.

If you believe that the proposed garnishment against you is incorrect or wreaking havoc on your personal finances, you can fight the garnishment through a hearing. Proving that a wage garnishment could negatively affect your household could help.

For instance, if you won’t be able to provide basic necessities for your family like food and shelter, then an exemption is necessary.

If you decide to challenge it, do so quickly. You  only have a few business days to file a hearing request in response to a proposed garnishment order.

3. Start Over With Bankruptcy

Sometimes a financial burden becomes too much and you have to start over. Bankruptcy is a way to erase the garnishment and press the reset button. There are pros and cons to bankruptcy, so make sure your decision is a wise one.

If you decide to file, the government will receive a notice to stop a wage garnishment while your bankruptcy case is underway.

Also, if the debt that your wages are being garnished for are dischargeable, then it will be erased during the day bankruptcy process and end the garnishment altogether.

Sometimes you can’t fight the federal government on your own. It requires representation from educated lawyers that can help you fight back.

If you don’t know your rights or you don’t understand the law, it can be detrimental to you. It’s better to have someone defend you instead.

How to Handle Wage Garnishment

Wage garnishments can take a toll on a person emotionally, especially if they’re in the middle of financial difficulty. If that’s your situation, don’t panic. Understand that there is help available to you and steps that you can take to ease the situation.

It’s also important to understand your rights. For some employers, wage garnishment is a hassle, and they choose to terminate an employee as a result. That is an unlawful act, and there are state and federal laws to protect employees who are undergoing wage garnishment proceedings.

Also, you don’t have to feel ashamed about wage garnishment. Anyone can face financial uncertainty. If you’re embarrassed that your employer knows about it, don’t be.

Wage garnishments are common, and chances are your employer has lots of experience conducting garnishment orders for employees.

When a government agency threatens garnishment, it doesn’t feel good; especially, if you’re already facing financial difficulty. Garnished wages could create a deficit for some people, which is nearly impossible to recover from.

If you’re facing this type of situation, we’re here to help. Our law group is dedicated to showing you how to dispute wage garnishment. We offer representation that equips you to deal with federal wage deductions and provide an assertive defense against government collectors.

Give us a call today or contact us for a free case evaluation.