On average, more than 4 million Americans per year have their wages garnished. Too often, wage garnishment comes as a terrible surprise. Victims scramble to cover critical expenses on a fraction of their pay.

A proper understanding of federal wage garnishment law can help. Keep reading now to learn what this law actually says and how you can protect your paycheck today. 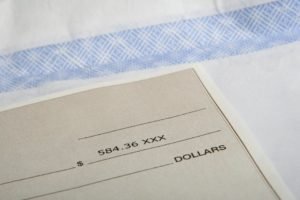 What Is Wage Garnishment?

Wage garnishment consists of money that you owe is automatically removed from your paycheck and sent to someone else. Generally, garnishment must be legally authorized by the court or a qualifying governmental authority. Thereafter, your employer is then responsible for dividing your paycheck and sending the appropriate portion to the designated third party.

Garnishment forces individuals to make obligatory payments on time or to pay off existing debts.   More importantly, a federal agency does not have to go to court to garnish your wages.

Who Can Garnish Your Wages and Why?

Garnishment arises under many circumstances. You may find yourself subject to garnishment if you owe:

However, if you owe a debt to a federal agency, such as SBA, HUD, USDA, DFAS, etc., you can have your wages garnished.

While you may have other amounts removed from your check for things like health insurance, these deductions do not count for the purposes of wage garnishment calculations. Some forms of income may not be counted either, such as tips.

So, for example, imagine that you earned $500 of wages and $50 in tips in a pay period. If you had $10 in mandatory deductions and $10 in voluntary deductions such as health insurance, you would expect your paycheck to be $530. However, your garnishment calculations would be based on $490 which is your qualifying income ($500) minus your mandatory deductions ($10) as the other numbers do not count.

Furthermore, the amount of money that employers can garnish from your paycheck varies depending on the circumstances. For federal agency debts, garnishments generally cannot take more than:

Whichever number is lower in your case is the number that will apply. It is important to note, however, that while these are the baseline figures, they do not always apply.

On one hand, some states offer additional protections and limits. On the other, some forms of debt are subject to higher limits.

Under federal law, workers cannot be fired or penalized by their employers for having a single garnishment order against their paychecks. These protections largely cease to apply if workers’ wages are garnished by multiple creditors or for multiple debts by the same creditor. Moreover, state-level laws may offer additional protections, but not always.

How to Stop Wage Garnishment

There are two primary ways to stop wage garnishment. The first is to arrange a private payment plan with your creditor agency. The second is to request a hearing.

Private payment plans are most common with credit card companies and in medical debt collection situations.  But such a payment plan can be negotiated with a federal agency as well.

Even if a federal agency, such as the SBA, claims you owe a debt, you are entitled to a hearing.  Most often hearings consist of “paper hearings” wherein you only submit legal briefs and evidence.  You do not have to appear in person.

Once before a hearing officer, debtors can provide evidence of their financial state and argue for an exemption or a lower garnishment rate. More importantly, you can present evidence that you do not owe the debt or that you have a legal defense to the debt.

Wage garnishment law can be complex. Juggling multiple creditors and sorting out the differences between state and federal law can be exhausting. Fortunately, you don’t have to do it alone.

Protect Law Group can help. Contact us for a free case evaluation today.